Can Architecture fight against Global Warming?

When we speak about Global Warming and the ways to fight against it, we should start from making some self-criticism and trying to modify our consumption habits in order to make enterprises and institutions implement more consistent practices according to these days. Without a doubt, new technologies applied to several areas like the automotive sector will have to contribute in a relevant way for this process. But besides that, What active role can Architecture play in that battle? Before giving our answer, let’s check the historical background.

To the doors of the 21st century, on December 1997, the first global greenhouse gas reduction agreement was signed, known as The Kyoto Protocol, it would not take effect until 8 years later. For the first time in history, the main industrialized countries agreed to reduce at least a 5% the overall pollutant gas emissions between 2008-2012, in relation to the registered figures in 1990. This could have been a true milestone for the humankind if it wasn’t for the fact that those goals were not accomplished, just the opposite: global fossil fuel consumption, specially coal, rose in that period. 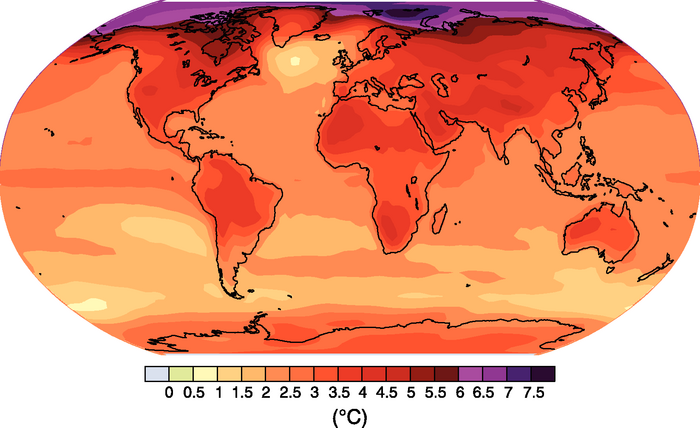 In the United Kingdom, for example, we find a practice that from our point of view, should be replicated in Spain. British public organisations, fully aware of their emission reduction targets by 2020 (34% in relation to Kyoto’s forecasts), are boosting the construction sector to make a technological step forward to embrace once and for all new more sustainable construction systems. It is not in vain that CO2 emissions in relation to the construction industry, represent the 14% of the total emissions of the UK nowadays.

To this end, a new organization named BOPAS – “Building Offsite Property Assurance Scheme” has been formed to address the perceived risks associated with innovative construction and is recognised by the principal mortgage lenders as providing the necessary assurance underpinned by a warranty provision. BOPAS has been jointly developed by: 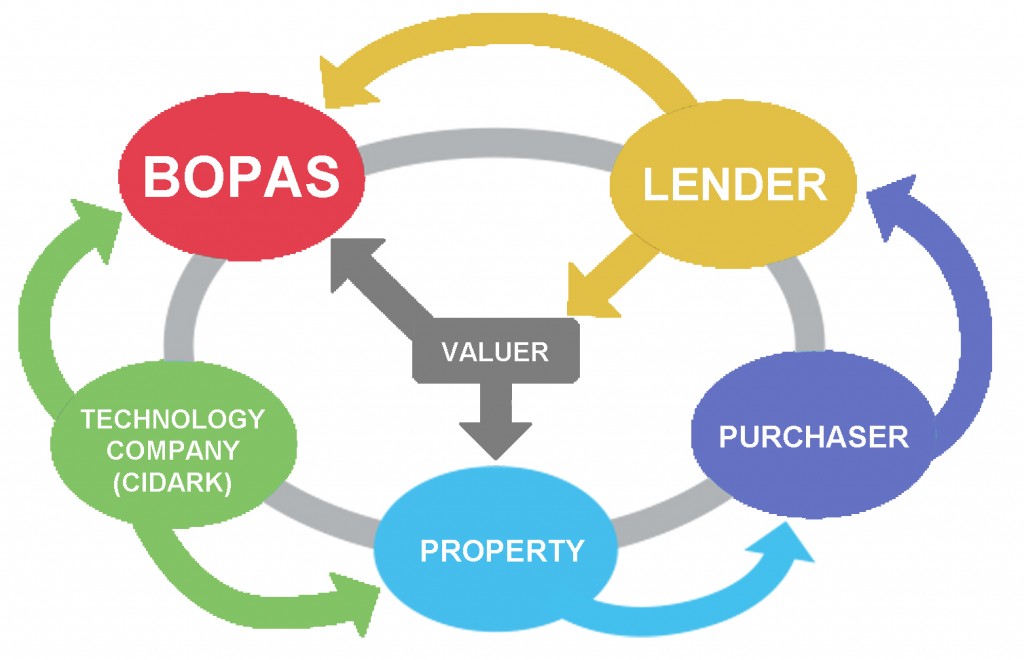 New construction technologies must constantly face market barriers and there is no doubt that initiatives like the BOPAS help new solutions to become more popular, at least until the general public is more familiar with new generation pre-engineered buildings. In the meantime, this certification provides assurance to the lending community that innovatively constructed properties against which they may be lending, ensuring that these buildings are sufficiently durable as to be readily saleable for a minimum of 60 years.

In Spain, CO2 and other greenhouse effect gas emission figures of construction industry are very similar in comparison to the british ones, representing the 15% of the total. That only if we focus on the construction and the energy consume during the life span of the building. Encompassing the energy use of related to the manufacturing and transport of the traditional construction materials, that figure just shoots up. As reference, we should take into account that 24% of the total industrial energy consume (for the fabricacion of cement, glass, etc.) and 40% of energy transport in Spain a related to construction industry.

Facing a compromising situation like the british one, we find that in Spain there is no real equivalent organization for the BOPAS to boost the new technologies trying to get their way in the market. In a particular historical moment when countries must cope with the Global Warming, it is time Spain to place themselves at the head of the pack to bring a real change in relation to these innovative construction technologies. 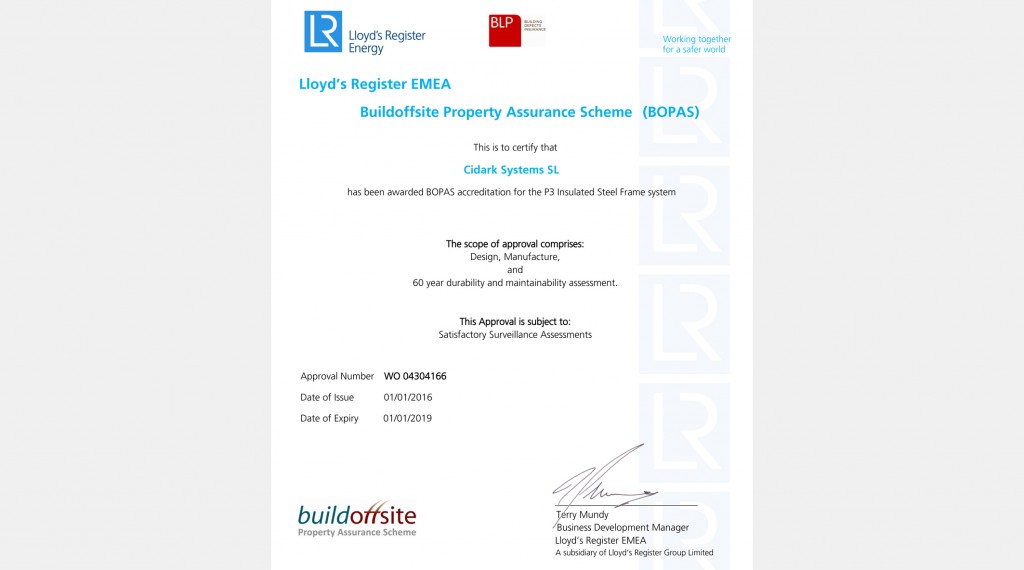 At CIDARK Pre-engineered Buildings, we stand by playing an active role in this goal of emission reductions. After an exhaustive audit process carried out by Lloyd’s Register and BLP, CIDARK as well as the P3 System, have been certified with the BOPAS accreditation, being the first non-british company achieving it and meaning a considerable milestone that gives an important boost to our research efforts. This implies a starting signal that for certain, will bring us diverse project across the length and breadth of the UK.

You can find out more about which cookies we are using or switch them off in settings.

This website uses cookies so that we can provide you with the best user experience possible. Cookie information is stored in your browser and performs functions such as recognising you when you return to our website and helping our team to understand which sections of the website you find most interesting and useful.

Strictly Necessary Cookie should be enabled at all times so that we can save your preferences for cookie settings.

If you disable this cookie, we will not be able to save your preferences. This means that every time you visit this website you will need to enable or disable cookies again.

This website uses Google Analytics to collect anonymous information such as the number of visitors to the site, and the most popular pages.

Please enable Strictly Necessary Cookies first so that we can save your preferences!